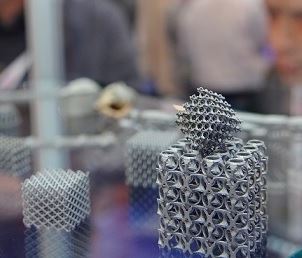 Powder-bed Additive Layer Manufacturing techniques are known for the unrivalled geometric freedom they offer to designers. It’s one of the mainstays of “metal 3D-printing”, compared to casting, which, in contrast, implies more restrictions because some shapes won’t cool evenly or may need molds or forms. Ultimately, it complicates the manufacture of parts.

The design freedom of metal AM enables the consolidation of assemblies into fewer independent parts. Consolidation has several advantages from simplifying design data management to improving overall safety (by reducing potential failure at interfaces) through eliminating significant tolerance stack-up while offering an acceptable level of precision for a majority of applications (typical tolerances are 50-100 µm).

Companies that have successfully led the transition of their mechanical production to ALM generally confirm the supply-chain benefits that were searched for (i.e. reduction of development/production cycles) or some material savings. Indeed, small materials wastes are produced and under certain conditions, AM can prove environmentally advantageous.

Such as stainless steels, titanium alloys or superalloys (nickel, cobalt-chrome), aluminum has eventually found its way to AM systems. Fortunately, because aluminum alloys are a keystone in many industries since they are chosen for their exceptional thermal properties, average mechanical strength and stiffness-to-weight ratio.

What high-end applications are niches for aluminum alloys?

Among other aluminum alloys, AlSi10Mg is one which is often used in components of motor racing, automotive industry and general engineering. AlSi10Mg is relatively strong and hard. It has historically been a right choice for lightweight and thin walled casting parts or any components with a complex geometry subjected to high loads. Generally, this aluminium alloy offers an economic alternative to titanium in the case of lightweight components exposed to non-critical fatigue and mechanical loads.

AlSi10mg is further relevant for components undergoing high heat fluxes and whose performance is correlated with the cooling rate, such as motor components of racing cars or motorbikes. The high thermal diffusivity of aluminum alloys is also extremely appealing for heat exchanger parts.

Although by no means exhaustive, other applications include components housings, ductwork, countless engine parts or molds and various production tools.

Whenever an application requires it, AlSi10Mg proves rather flexible in regard with post-processing (i.e, finishing machining, welding, spark erosion, polishing, micro shot-peening, and coating), as an additional benefit.

AlSi10Mg, a casting-friendly alloy and today almost the only choice for aluminium laser melting

Aluminum-silicon alloys are primarily used in castings due to their high melt fluidity and relatively low shrinkage. Adding more than a few percent of silicon to aluminum significantly improves these properties, reducing the likelihood of hot tearing during solidification. Lower shrinkage results in reduced strain levels and therefore less susceptibility to cracking during solidification. Furthermore, if the melt is fluid enough it is able to back-fill any cracks that form and heal the material in its mushy state.

Presumably, AlSi10Mg alloy’s near eutectic composition in the Al-Si phase diagram (and melting temperature around 570 °C) explains why it is often used in casting. Today, AlSi10Mg is the most used aluminum alloy by laser melting techniques.

Provided an essential mastery, laser melting process produces complex structural parts made of AlSi10Mg and nearing 100% density. It’s all about getting a fine and defect –free microstructure, a fundamental requirement to guarantee mechanical properties comparable and even better than that of casted parts.

Therefore, a high laser power is required to overcome the conductive cooling (rapid heat dissipation) into the surrounding material and melt the powder particles.

Another layer of complications comes from the susceptibility of these alloys to porosity formation mechanisms. In this regard, the sensibility of Al to surface oxidation and moisture pick-up are two major causes.

In many ways, defects noticed in laser melted Al parts are the same as those in conventional casting but, because oxidation is a surface phenomenon, it is particularly encouraged in ALM, where the powder feedstock has a higher surface-to-volume ratio.

The detrimental effects of oxidation in laser melting are:

Provided the powder was conditioned properly from the beginning and is still devoid of oxide films, this undesirable effect can be mitigated during the ALM process with strong fluxes of an inert atmosphere.

However, the formation of oxide films can’t be avoided completely and the ALM process must break up these oxides if 100% dense parts are expected. It turns out that the high laser power recommended to process aluminum alloys is required not solely to compensate heat diffusion, but also to disrupt oxide films.

2) Moisture pick up directly causes pore formation. Molten aluminum has a relatively high solubility that keeps hydrogen dissolved in the molten liquid metal. H2 solubility is much less in the solid metal, however and hydrogen tends to degas as the solidification front passes by.

As a consequence, hydrogen porosity peeks whenever the powder contains water vapor or any “adsorbed” hydrogen-bearing species (i.e. greases) because they will thermally decompose and hydrogen will be released in the molten pool).

What about the mechanical properties of laser melted AlSi10Mg parts?

Generally, but not systematically:

Ultimate tensile strength of the as-built Aluminium ALM parts is always higher than those of the HPDC in both as-casted or in the aged condition.

Additive manufacturing leads to particular microstructures, and thus mechanical properties (including some anisotropy, generally undesired). While in casting of AlSi10Mg parts, the hardness and strength increase during the heat treatment with the precipitation of intermetallic compounds (Mg2Si), in ALM parts however, a higher hardness and strength are already reached in the as-built state because of the very fine microstructure the rapid cooling allows. Another contribution comes from the fine distribution of the Si phase in the Aluminum matrix as well as the presence of intermetallic compounds (i.e. Mg2Si).

Any casual observer of aluminum additive manufacturing (AM) is likely to believe that it is a simple process: choose a design, launch the machine and few hours later, a defect-free metal component appears into the build chamber.

In practice, ALM can create defects, such as porosity, that impair the part’s applicability.

This is a risk, and different parameter combinations and conditions can lead to unpredictable results.

In conclusion, laser melting of AlSi10Mg parts produces strong components in their as-built condition. Some obstacles remain, however, to obtain parts of the highest quality: the sensitivity to moisture pickup and surface oxidation of aluminium alloys powders has detrimental effects during the melting process and favours porosity formation. A certain expertise is required to mitigate those risks, all along the different stages of the production.

Spartacus3D is committed to the application of metal additive manufacturing to serial production of components. With repeatability and reproducibility as key values, Spartacus3D also gathers the best-practice industry approach and resources required to create the combination of conditions that ensures the production of part with extremely low levels of porosity.